Wholesale Local Pickup Build your Own Pool
Due to industry shortages, all manufacturers are seeing extended delays in production & shipping. Inquire directly for more info.

on your next order + exclusive offers

Roll over image to zoom in 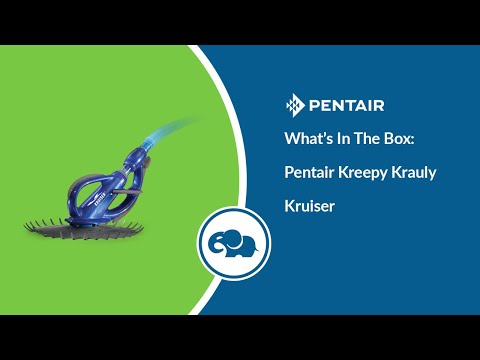 The Kruiser lid and lock kit is a replacement part that was made by Pentair. The same high-quality materials were used to manufacture the original factory part. Making this a genuine OEM product.

This part is a cool feature that Pentair created to allow access to the only moving part on the Kruiser which is the silent flapper because debris or build-up can get caught up and would then need to be removed to restore cleaning power to the Kruiser.

The part is blue and rests atop of the internal kit, it has a quick-release tab which then opens and exposes the silent flapper. This part can wear down and deteriorate over an extended period of time and usage of the cleaner and this allows the process of checking for such things and even replacing the flapper very easy and simple.